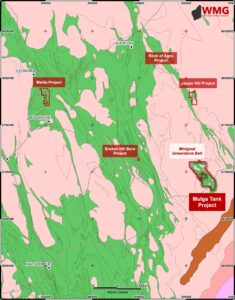 The Mulga Tank Project comprises exploration licence E39/2132 and exploration licence applications E39/2223 and E39/2299, covering an area of 395km2. The project is located 190km east-northeast of Kalgoorlie in the Duketon Domain of the Burtville Terrane, in the Eastern Goldfields Province of the Yilgarn Craton, Western Australia.

The project covers the majority of the significantly under-explored Minigwal Greenstone Belt. The project is a frontier play offering exciting exploration potential, exploring under shallow sand cover in this overlooked area of the eastern Yilgarn Craton. 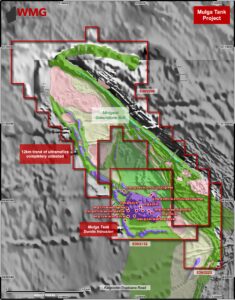 The Minigwal Belt and Mulga Tank dunite were first identified by BHP in the 1980’s yet are still under explored due to the sand cover. Most recent exploration by Impact Minerals (ASX:IPT) (2013-2016) demonstrated a working Ni-Cu-PGE magmatic sulphide mineral system, with sulphide intersections observed within 8 diamond drill holes drilled to test several electromagnetic (EM) geophysical anomalies, including 2m @ 1.3% Ni and 0.25m at 3.8% Ni, 0.7% Cu and 0.7g/t PGE. This exciting work, confirming a sulphide mineral system with a parent magma reaching sulphur saturation and precipitating high-tenor Ni-sulphides, enhances the prospectivity of the intrusion – the challenge now remains for WMG to identify locations where significant accumulations of these sulphides may have occurred. 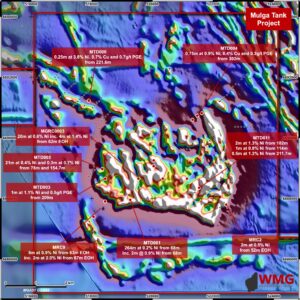 WMG is methodically exploring the intrusion with a series of high-resolution ground geophysical surveys aimed at “unlocking” the project. This work includes a recent high-resolution gravity survey and Moving Loop Electromagnetic (MLEM) survey. This dataset aims to better define the dunite intrusion and drill targets that the Company looks forward to testing as soon as possible. 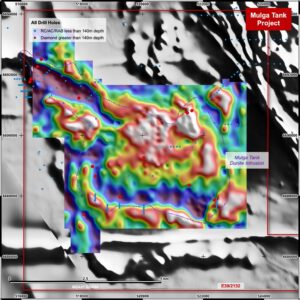